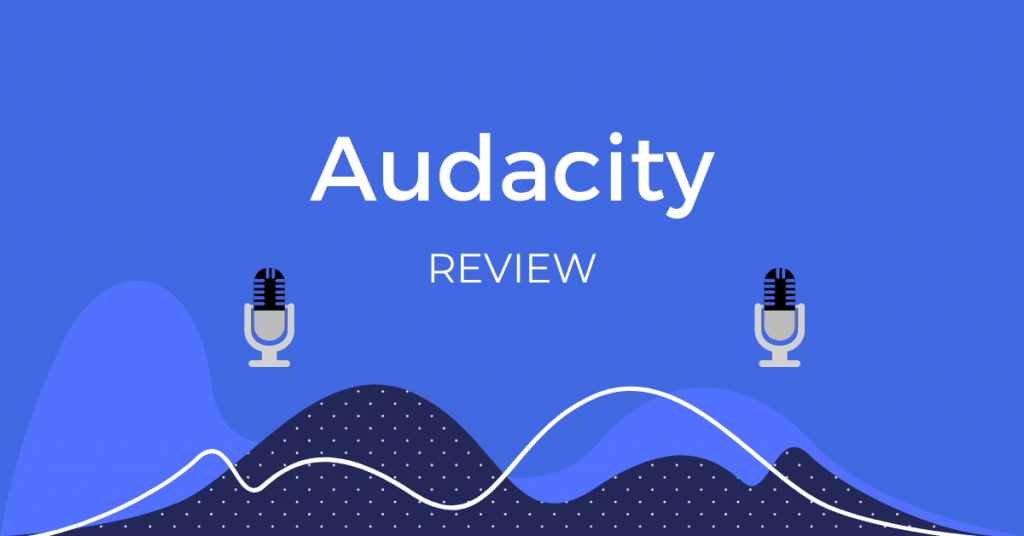 Audacity Review – A Resource for the Audio Editor on a Budget

In your search to find the perfect audio software for your new podcast, web series or music, you may have come across Audacity; a free, open-source audio editor. Yes, that’s right; the audacity download is completely free. This audio editor provides musicians, content creators, and sound designers with an invaluable resource.

Any working artist, particularly those living in expensive cities like New York or LA, would react enthusiastically to the prospect of a free audio editor. But does the lack of a price tag lead to a lack of quality? Check out our review of Audacity as we answer this and more of your audio editing questions.

Audacity is a free, open-source Digital Audio Workstation (DAW). The software was developed in 1999 by two Carnegie Mellon University students, Dominic Mazzoni and Roger Dannenberg. The two created Audacity Version 0.8 in 1999 and released the DAW to the public in 2000.

Audacity quickly gained notoriety as its users confirmed the DAW as reliable, practical and of course, free. Every two to three years the software engineers update Audacity to include more convenient features and new effects. They also address any bugs brought to their attention. The most updated version available for download is Version 2.3.3.

What Do You Use Audacity For?

Audacity provides practical recording and editing services for sound files. When you visit the website you’ll find instructions for how to download the software on the compatible operating systems (Windows, Mac, and Linux).

Audacity’s useful services range from accepting a variety of plugins to providing methods for analyzing sound frequencies. Users gain access to many sound effects and editing mechanisms as well. We’ll go into more detail later in the review but rest assured, Audacity comes with an impressive package of tools.

Is Audacity Any Good?

One aspect of Audacity that may deter a first-time user is the software’s less than glamorous user interface. In our filtered photo-obsessed culture we often make judgments and decisions based on appearances. If we’re being honest, the software looks a little bit basic. However, our review encourages you to take a brief respite from your social media brain, ignore the lack of stylistic embellishment and focus on Audacity’s practical uses.

A light interface may, in fact, be an asset to the user experience. You don’t have to spend too much time finding the available tools as they are easily accessible from a drop-down menu. You can easily find the most basic functions on the top bar. Additionally, if you are new to audio editing, a simple interface may assist with your learning curve as there are no flashy distractions. Any sound technician or designer can confidently use the rest of the workspace to focus on editing and arranging their tracks.

We are confident that a wide variety of sound and music artists may find Audacity useful. The software provides editing resources for both beginner and advanced audio technicians and artists. Whether you are a sound designer creating effects for a play or a social media influencer in need of audio for your content, we recommend downloading Audacity.

Now that we’ve covered the design, we can unpack this powerhouse program’s functions. Audacity includes a number of useful attributes and audio enhancement tools for sound technicians and designers. We broke down these features into three core categories; recording, editing and sound effects.

If you are a singer/songwriter recording a new song, Audacity’s many capabilities ensure that you’ll be able to release your work with confidence. The software would also be an asset to creating podcasts or getting together a voice acting reel. Whatever your audio art form may be, these highlighted features assist artists in developing and executing professional work.

Once you record the track, you are ready to take the next step in producing professional audio content. The Audacity audio editing suite comes with a variety of tools for beginners and advanced sound technicians to utilize.

Perhaps you are a sound designer working on a trendy art installation or one of the editors for an up-and-coming web series. These roles require a program with expansive options for audio effects. Audacity features a wide range of dynamic sound effects for your next creative project. From audio unit plug-ins to distortion, these are some of the highlights of Audacity’s sound effect features.

We recommend downloading Version 2.3.3. This version continues to be compatible with Windows, Mac, and Linux. If you used previous versions you’ll notice some of the following adjustments in Version 2.33:

Yes! Audacity is free, open-source software. While the authors do accept donations used for development, you are free to download this program on as many computers as you would like with no strings attached. You also have the ability to edit and modify the software to suit your needs. You can sell your updated version under the terms of the GNU General Public License (GPL).

The authors of the open-source software decided to release it under the GPL for a number of reasons. Some of the developers believe there is a place for both costly and free software. Others believe audio editing software should be accessible to all, regardless of income. Some were simply feeling generous. While their principles may diverge, all involved wanted to encourage collaboration without any financial burden attached to the arts.

Audacity creates an on-going sense of community. Due to its popularity and lack of a price tag, dozens of technicians and artists around the world have volunteered to contribute code, find solutions to fix bugs, and create graphics for the software. You can join this community and connect with other like-minded sound artists and technicians.

The software itself is completely safe. The volunteer group behind Audacity developed the source code for public consumption. They routinely check the software for bugs and malfunctions. However, virus checkers occasionally falsely report the software because it uses a compressed installer. Some anti-virus software block installers of this nature. If this occurs, the Audacity website recommends that you download the installer to your desktop and run it from there.

Remember, if you download Audacity from the website, it should always be free. Some companies that redistribute the software will charge the user monthly payments under the guise of a “free download.” Make sure to read the fine print of any download outside the Audacity website.

Along with our positive review, Audacity proves to be well received in the multimedia community. As of 2020, it is the most popular download on FossHub, the community resource for free downloads and projects. 80 million people have downloaded the software from FossHub since 2015. It also won the 2009 Community Choice Award for Best Project in Multimedia.

Audacity may look simple but underneath the deceptive facade, the software offers a wealth of opportunity for artists on a budget. Even if you have the means for an expensive DAW, we believe this one is comparable to any of the seemingly fancier equipment used for audio editing and production.

In addition to the creative benefits of the software, our review recommends the Audacity for all the technicians out there who know how to code. With its availability under the GPL, Audacity creates a fun opportunity for coders and software engineers to adjust the DAW to suit their needs.

We also appreciate the Audacity team’s emphasis on collaboration regardless of income. Its many applications interest a diverse array of creatives and technicians. With its recording and editing capabilities, along with the range of sound effects available, anyone can produce the audio they envision for their next creative project. 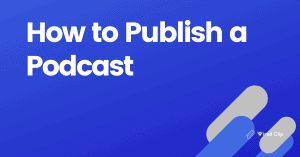 How to Publish a Podcast – Uploading Guide

The amount of people who listen to podcasts is increasing every month. There’s no better time to submit an episode, 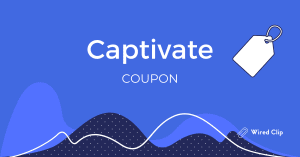 The right verified promo code can make all the difference when signing up for a new podcasting service. Captivate FM