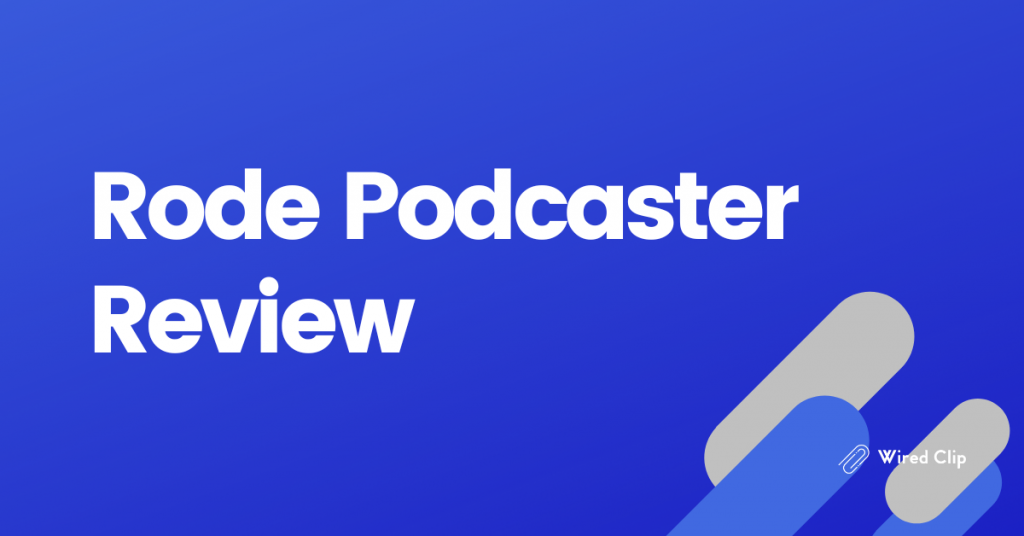 Whilst you would be forgiven for thinking that there were no shortages of USB microphones on the market, they are not all built the same, and finding a specialist version that has a specific need for you is a lot more difficult to narrow down.

The Rode Podcaster is one such microphone that many people will enjoy as it gives it an edge over general microphones that are recorded for speech and sound recordings.

As the name suggests, this microphone is aimed at the podcasting space, and this will resonate with those that are looking to purchase a microphone specifically dedicated to bringing you the best news, views, and interviews in this audio and video space.

Today we will take a look at the Rode Podcaster, and give you the rundown of whether we feel the results speak for themselves, and if it manages to capture high-quality speech and audio.

Rode is a microphone brand straight out of Australia that designs good-looking and decent quality microphones at a bargain rate, compared to other higher quality models that can cost a small fortune.

This makes it one of the best entry-level USB microphones to choose from, and it is especially handy for those that are just beginning their podcasting journey.

However, as we are reviewing the Rode Podcaster, this model is actually amongst some of the more expensive USB options tested.

And another fun fact is that the Podcaster is a dynamic USB mic, which is in direct contrast to many other microphones that are competing for your money, which are typically condenser microphones.

You typically find microphones are split into 16-bit and 24-bit resolutions, and what makes this microphone unique is that it uses the much less common 18-bit resolution.

If you’re familiar with Rode microphones, you know that they look professional and despite their typically lower price range, don’t appear to be cheap out of the box.

The goes the same for the Rode Podcaster, but comes with a grill wrapping around the top end of the microphone that looks like any other microphone would find in a recording studio.

However, one major difference is that the body is not something we are familiar with, as it has a heavier build at around 1.5 pounds, and a glossy white frame rather than the metallic finish that we typically see.

It measures around 8.5 by 2.2 by 2.1 inches, and that’s not to say that this is a bulky microphone, as it still looks professional and will not topple over easily.

From an internal perspective, it uses shock mounts to help keep the neodymium dynamic capsule from registering any vibrations, and another fancy feature is that it comes with an internal pop filter to avoid picking up any plosives.

What this means is that you will not have to buy these two accessories separately, as they are already included with the microphone in the base price, all internally, which is extremely handy.

And if you are looking for the best quality in sound recording, then these are two aspects that you need with your microphone.

You’ll notice that there is an LED that is on the side panel which faces the speaker when you are speaking into the mic.

This is a helpful feature and gives you an extra level of caution when monitoring your audio levels.

This microphone comes with a very long USB cable that will connect to the base of the microphone, which is similar to many of the other models in the Rode catalog.

You can also turn the dial in the ideal zero-latency monitoring, which is located above the headphone jack. You will be able to receive a frequency range of 40 Hz to 14 kHz with a fixed resolution of 18 bit.

Overall we were happy with the design, however, one thing to note is that it is missing a mic stand, which was a bit of a letdown, as this is likely to be an entry-level microphone for a lot of podcasts.

And we expect most podcasts that are just entering space don’t already have a microphone stand.

Other than not having a microphone stand, it’s also missing an onboard game knob to help adjust the recording level on the microphone. This will need to be done through the computer instead.

You also purchase a few accessories such as a windscreen foam filter that aims to remove any harsh external environmental sounds, as well as a shock mount, in case you wanted to add an extra layer of security to the microphone.

So how did the Rode Podcaster perform? Overall we were happy with the performance of the microphone, but with caveats and a few things to note.

We still noticed that plosives were getting through the pop filter, and the internal pop filter wasn’t 100% bulletproof.

If you are going to be recording voice, we recommend that you record slightly off axis, which helps to minimize an excessive amount of plosives.

The only downside to this method is that you’re going to get a less direct sounding signal, even if you are close up to the microphone.

In terms of the internal shock mount, it helped to make the microphone nice and sturdy and we didn’t feel any vibration when listening back to the audio.

If you are going to be recording from home in your studio and you have minimal rumble, then you’re not going to need extra stabilization.

This connects easily to a MacBook or a Windows laptop, and there were no issues with getting it set up from a software perspective.

When giving it a sound test, we felt that the sound was rich and clear enough that it would not put off an audience that is picky about sound quality.

The Podcaster tended to incorporate more sound from the low and mid heads of the signal, making it a little bassier and darker than some of the other microphones out there.

If you are simply looking for a solid microphone with a good quality audio recording, with some nice richness, then going with the Rode Podcaster is a safe option.

Although the price tag is a little higher than some of the competition, are you going to get a professional-sounding audio recording that will likely suit beginners to podcasting.

It’s let down by not being included with a microphone stand, and if you are going to be recording in a place that contains a lot of rumbles, then you may need to also purchase some shock mounts to help remove Vibrations.

Although the upside is that it does come included with an internal pop filter to help reduce plosives, and the microphone looks professional.

This rear dynamic USB microphone offers a solid signal with rich low and mid sounds, no DSP, and a zero-latency headphone jack which makes this a solid option. If it included with a mic stand and gain knob (see also ‘What Is Mic Gain?‘), we feel it would justify the price.

Although, if you’re looking for an all-in-one microphone that includes a microphone stand, then you might want to look at another model in the Rode catalog. 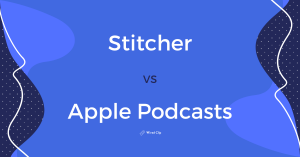 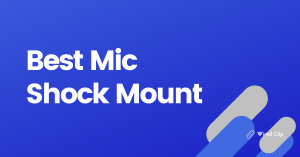 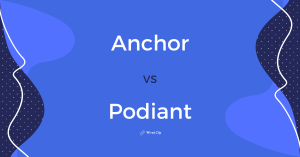