What Year Did Podcasting Start? 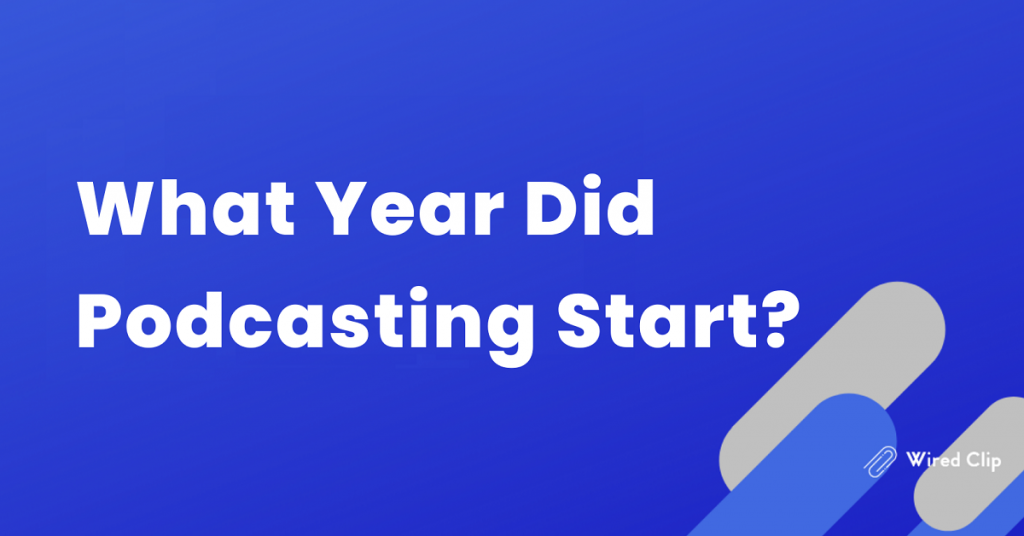 Podcasting isn’t a wholly unique format. If you think about it, there’s a similarity to radio talk shows which began to gain popularity around the 1950s. Podcasts just have a lot more control and can be done by just about anybody, which is why we’ve seen such a creative explosion in the industry.

But when did it really all begin? Who do we have to thank for our current rendition of podcasts, and how can we use that information to make even better content going forward? Let’s take a walk through the halls of podcast history and find out.

When Was Podcasting Invented?

Podcasting as an audio platform has been around for a while, but it wasn’t always called podcasting. Technically, the term wasn’t invented until 2004. Thankfully, it wasn’t called what everyone assumed it might be, which was “audioblogging”. That’s a pretty dull name, don’t you think?

But podcasts weren’t just simply invented out of nowhere in 2004. They weren’t a completely original idea that nobody had ever thought of before. In its essence, a podcast is essentially talk radio, and there’s various information dating back to 1938 up to 1952, from Russia to Germany.

Technology and the format was developed, and it was around the 1950s that talk radio and conversational audio gained popularity. If you want to get technical, podcasting has been around since pre-WWII, just not as we know it today.

But there’s another story that gets thrown into the mix. Two men by the name of Adam Curry and Dave Winer are also credited with the invention of the podcast in 2004, but for different reasons. They were the ones who initially made a podcast, it’s just Ben Hammersley who coined the term and talked about it in The Guardian newspaper.

Who Invented the Podcast

A journalist by the name of Ben Hammersly specifically coined the term “podcasting” in 2004, which is what we know it as today. As he described it, “All the ingredients are there for a new boom in amateur radio,” referencing the rise of Apple’s iPod and inexpensive, mass produced audio production software.

The rise of the internet moved everyone over to exploring media through diferent forms. While the term podcast was coined in 2004, it did have a previous name that people online knew it by, and that name was: audioblog.

While audioblog doesn’t roll off the tongue quite as nicely, it’s not a bad name. After all, blogs are sometimes collections of thoughts or streams of consciousness. It wasn’t until the last 10 or 15 years that they were developed as marketing tools for companies.

During the 1980s, there was an uptick in broadband internet radio shows, which is when they were called audioblogs. These circulated online, but in no similar fashion to how we find content online nowadays. We can go back a little bit further and discover more.

In the early 1980s, audioblogs were circulating on magnetic casette tapes. These would be passed around similarly to how people would find new musical artists and stand-up comedians through vinyl records in the 50s and 60s, except with long-form audioblog content.

Cue to 1989, and we have these magnetic casette tapes referenced as Soviety technology as they tried making their own system of radios. It wasn’t just testing; they were creating content and sharing it through casette tapes.

According to the dictionary, a podcast is said to be: “A digital audio file made available on the internet for downloading to a computer or mobile device, typically available as a series, new installments of which can be received by subscribers automatically.”

We’d say that summarizes it pretty well. Pod stems from iPod, and cast simply means because it’s cast to viewers and listeners, just like a radio show or television show. It also stems from the word broadcast.

Podcasts have been around for a while, but it’s a little difficult to find the ones that were documented throughout time. Many of the biggest podcasts are current titles, and that’s because of the way the industry has expanded over time.

So what makes these podcasts so exciting and binge-worthy? They’re unique. They bring something to the table that other podcasts don’t, so if you’re planning on making your own podcast, think about it like that.

Another thing you’ll notice (especially if you do a solo search for popular modern podcasts) is that a lot of popular podcasts are backed by popular figures, making it a little bit harder to rise up through the ranks as a no-name podcast.

Whether it’s Joe Rogan, Ben Shapiro, or Jon Favreau, there are big names in podcasting and that allows them to bring on high-profile guests. That’s a bit of power that’s hard to come by from an amateur circuit.

When Did Politicians Get Caught Up With Podcasts?

In 2015. As a matter of fact, Barack Obama was the first President to appear on a podcast. He appeared on Marc Maron’s WTF podcast, where previously presidents would only sit in on radio shows at the very least. This was a pretty amazing change.

Since then, we’ve seen politicians appear on podcasts such as JRE, as well as president hopefuls. In fact, some politicians have even gone so far as to make their own podcasts. In 2017, a report cites Sherrod Brown and Heidi Heitkamp starting their own separate podcasts to connect with constituents and further deliver content to their demographic to increase their chances at winning senate seats.

Politicians have seen the power of podcasts. If you’ve ever listened to a podcast episode and then immediately thought of a guest as a good or interesting person after a simple one-hour episode, then you’ve also felt the positive impact that podcasts can have on people. Imagine that power being used for politics on a regular basis. It’s wild.

The Future of Podcasting

Podcasting is just getting started. With its rise in popularity around 2017 to current, there’s no telling how popular podcasts will continue to be in the future.

Think about all the ways people consume podcast-like content without even realizing it, whether they have an interview going on in the background, or videos playing just so there’s some noise to fill the background space. 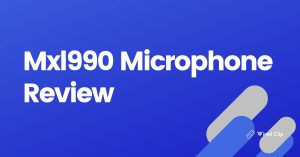 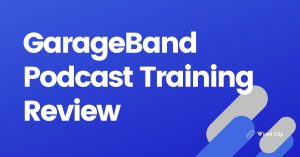