What Is Mic Monitoring? 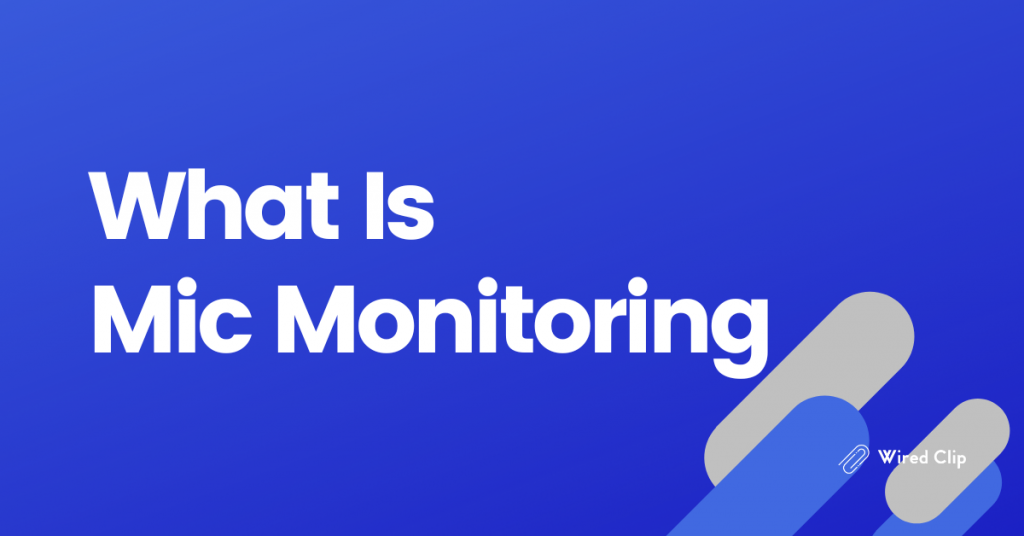 Want to know what mic monitoring is? It might actually come to your rescue!

Communication is the most important thing for the digital interactive community.

How many games did you end up losing due to poor communication? How many times have you interrupted a Zoom work meeting and said, “excuse me, can you repeat the last part?”

Such minor gaps in audio data transmission may not appear to be significant. However, as they accumulate, things can become extremely — extremely — frustrating.

In this article, we’ll go over all there is to understand about mic monitoring (see also ‘What Does “Drop The Mic” Mean?‘), so if you’re sick of sloppy communication, keep reading below.

What Is Mic Monitoring?

Mic monitoring is a feature that lets people clearly hear themselves and make sure that way that they are being heard by others too.

It accomplishes this by sending the microphone’s input to the speaker’s headphones too and not just to that of their co-speakers, audience, and so on.

Mic monitoring is essential regardless of how functional your mic is.

Generally, when you get closer to a mic than you should and start speaking louder than you should, you risk overwhelming it and potentially creating a digital distortion and clipping.

That’s also terrible for your audio signals and could result in quite poor sound quality for anyone else joining the call or the game.

Speaking of games, this function is great for players who have to cope with a hectic communication line on a regular basis. It is also ideal for those who must participate in frequent video conferences as part of their job role.

However, mic monitoring can be used by other people too, as it seems to help even those who simply want to have an online call with their family and friends.

Why Is Mic Monitoring Important?

The truth is that Mic Monitoring has been around for quite some time. However, few people understand how to use it. Some people are even unaware that this function exists!

This function is mostly used by computer game players, and many gaming companies have created gadgets around it. However, as previously stated, it can also be beneficial to others if used correctly.

Clear audio is essential both for work and playing games. When you are in a business meeting, you certainly do not want to keep asking everyone if the sound is clear.

A single, one-word command can make a big difference between simulated life and death for online players, and you certainly cannot afford to start asking whether your groupmates got that or not.

Mic Monitoring can be extremely useful in these two situations. Because you can hear yourself, so you’ll know if your sound cuts off or if there’s a lot of interference.

This allows you to instantly perform troubleshooting and respond accordingly without being prompted. Isn’t it convenient?

You Will Not Have To Raise Your Voice

Let’s face it: having to speak louder or even shout to be understood is exhausting and stressful.

Loud videogame soundtracks and noise-canceling headsets, more often than not, can unknowingly make us raise our voice to an overwhelming scale.

This, however, does not have to be an issue once you enable your mic monitoring and do what its name suggests: monitor your voice to determine whether you are speaking loudly enough.

Background noise is common in first-person shooter (FPS) gameplay and has the potential to completely overpower the group voice channel.

Obviously, the immediate response to that is gamers raising their voices to hear each other.

Mic Monitoring allows users to easily determine if they are talking loudly or not. As a result, it prevents us from constantly yelling and shouting.

Mic Monitoring, in retrospect, simply enhances communication. It is no secret that listening to people shout in games and meetings, whether intentional or not, is not pleasant.

You don’t want to subject others on your call to bad sound quality, especially when you know that it is going to be a lengthy meeting with many points to cover.

At the same time, the call’s participants would definitely be better off if they didn’t need to keep adjusting their sound as you went on with your pitch.

Similarly, when you are playing, your teammates will probably have both of their hands occupied to make sure they can perform well at the game and support your team.

In another case scenario, if you are about to join a client pitch meeting at work, the last thing you want is to be the one with the bad audio.

And if you are playing games, you definitely don’t want the added stress that’s caused by someone who is constantly yelling mic up to be heard. Even more so, you don’t want to be the one doing that.

With mic monitoring, you can check the quality of your audio for yourself and quickly adjust it to avoid having others asking you to do so.

What Should You Do If Your Headset Doesn’t Support Mic Monitoring?

Mic Monitoring does not work on gaming platforms without headsets that support the function, and it appears that this will not change for the new console editions like PS5.

If you don’t have gaming headsets that already have the mic monitoring feature, you might want to get an amplifier to do the work.

Nowadays, when a great part of our daily communication takes place online, features like mic monitoring can save us from daily annoying issues like bad audio.

And, when you think about it, it is really quite simple. Mic Monitoring allows us to monitor our sound output and adjust our voice and mic to the ideal level for those who are hearing us.

Games, meetings, and even casual catch ups with friends and family can become easier and more productive simply because mic monitoring can eliminate the communication audio issues, provided that we adjust our audio correctly. 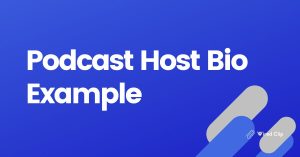